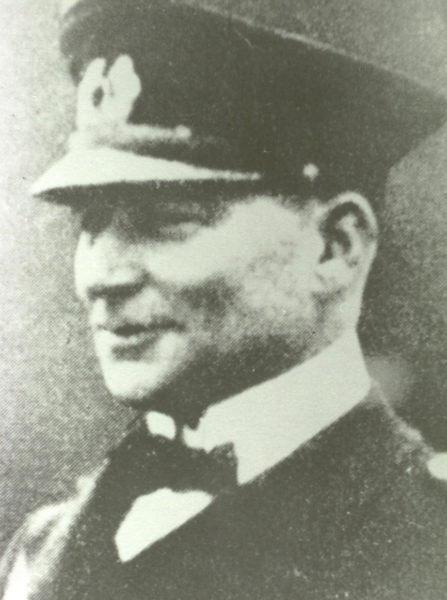 Fritz Sachsse was a naval captain who became the Senior Officer in the Skipton prisoner of war camp in March 1919, a position he held until the Germans were repatriated in October 1919. Sachsse had been at the German naval base of Tsingtao (Qingdao in Chinese) when Tsingtao was taken by the Japanese, supported by British forces, in November 1914. Sachsse was taken to a prisoner of war camp in Fukuoka, Japan from where he escaped and tried to make his way back to Germany with fellow escapee Herbert Straehler. Using a series of false names they made his way through Japan and Korea and into China aiming for Afghanistan. After travelling for 3 months and crossing the Gobi desert it became clear that they would not be able to continue with their planned route so they retraced their steps to Shanghai and then travelled separately by sea to America. Sachsse travelled across America by train, stopping off to visit relatives in Chicago. He met up with Herbert Straehler again and the pair of them managed to secure places on a Norwegian steamer heading for Bergen. The vessel was searched by the British just off the Orkney Islands and Sachsse and Straehler were found hiding in a laundry room. They were initially sent to the civilian internment camp at Knockaloe on the Isle of Man as they were using civilian identities. Having revealed his real identity, Sachsse was sent to Skipton in June 1918.

Fritz Sachsse was one of two named authors of the book Kriegsgefangen in Skipton, which was written by the German prisoners during their time in Skipton and published on their return home.