The influenza pandemic of 1918-1920 infected 500 million people worldwide killing over 50 million of them. In Britain this illness, known as Spanish flu, affected a quarter of the population with the death toll reaching 228,000.

The first cases of influenza hit Raikeswood Camp during July and August 1918 when a small number of British guards died from the illness. A second wave of influenza which was felt more strongly among the German POWs was observed on 12 February 1919 when 5 prisoners of other rank became ill. Three days later the first officers went down with the illness. The camp hospital soon became full and sick men were left in their barracks alongside their healthy comrades. Finally on 20 February the most seriously ill men were transferred to Morton Banks Hospital in Keighley. The German officers write of the ‘friendly treatment’ they received there from Medical Officer Dr William Scatterty.

Of the 546 officers and 137 other ranks imprisoned in Raikeswood Camp in February 1919, 324 officers and 47 other ranks became ill. The death toll was 47 (37 officers and 10 other ranks), with 42 dying in Morton Banks Hospital and 5 in the camp. The funerals took place at Morton Cemetery, Keighley, where the men were then buried. 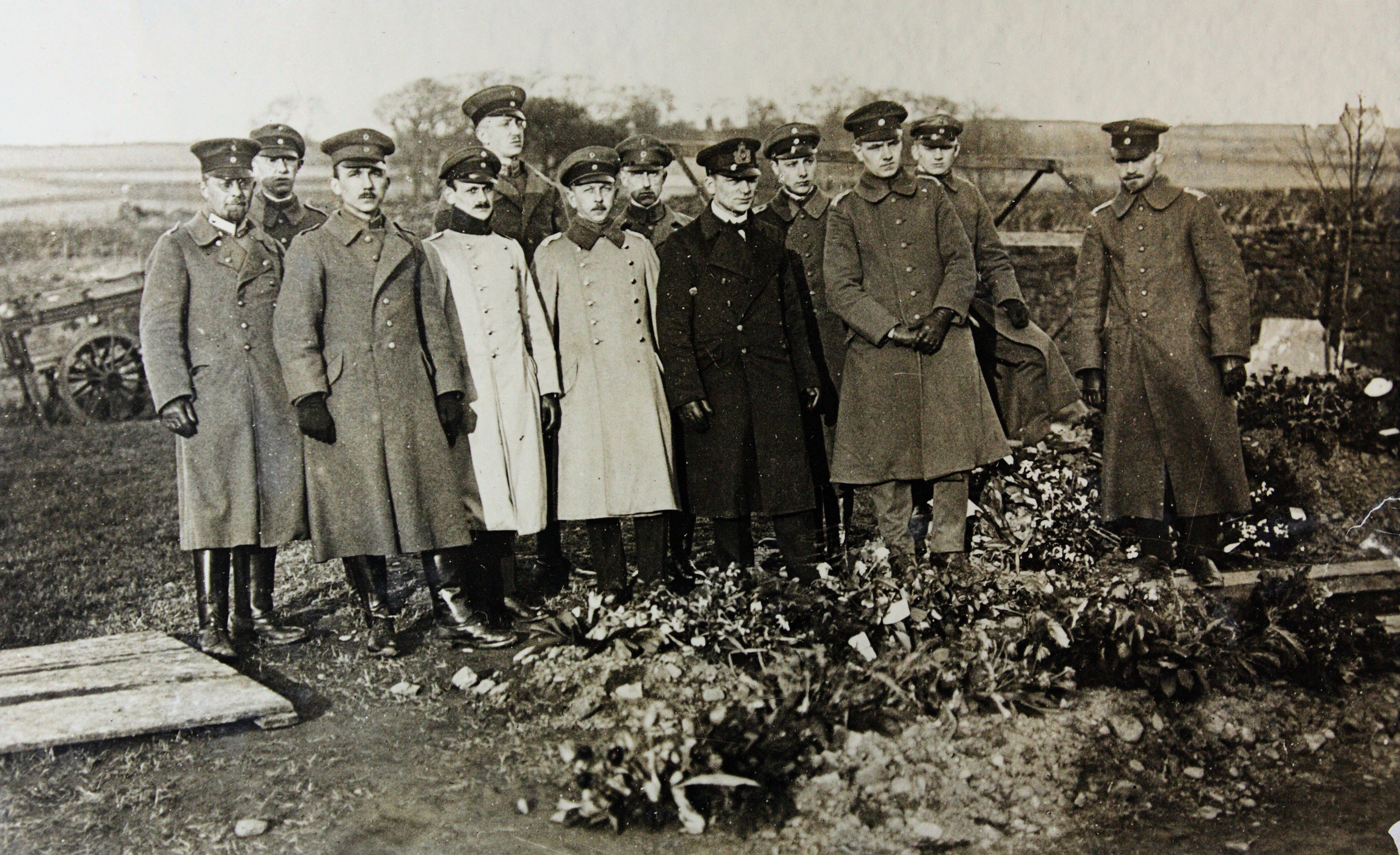 Following the deaths of their comrades the officers arranged for a headstone memorial to be erected in their honour on the site of their burial. In 1938, a memorial service was held at the headstone, where it was reported that the party of 50 Germans who attended from various parts of Yorkshire raised their hands in the Nazi salute. Despite this, the Keighley News reported that “British and Germans stood side by side on Sunday silently praying that never again shall such a catastrophe as that which bought the two great nations face to face in battle overtake the world.” (Keighley News, 19 March 1938).

Just over a year later, Britain and Germany were once again at war.

The graves of the German prisoners were later transferred to the Cannock Chase German Military Cemetery in the 1960s and the headstone memorial was destroyed.

Go back in time