Once the German prisoners left in 1919 and the camp was dismantled, the site became rapidly built over with housing. Occasionally, odd artefacts were discovered in residents’ gardens. The most significant of these were two inkwell pots discovered in the late 1960s in the garden of a house close to where the administration barracks were located.

During the summer of 2016, a team of young archaeologists from local schools worked with professional archaeologists to carry out excavations in a field in the north-west corner of the former camp site. 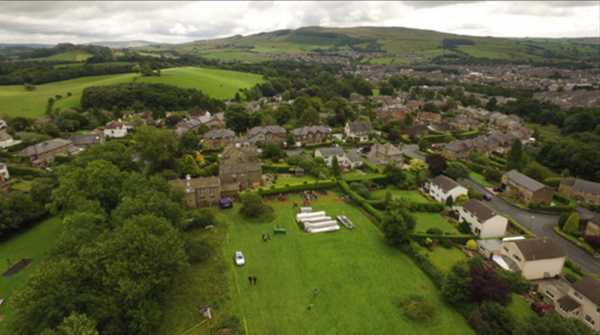 Map of Skipton showing the footprint of the camp (in red) and location of the 2016 dig (in blue).© North Yorkshire County Council

A number of British and German military artefacts relating to the camp’s use as both a training base and prisoner-of-war camp were found. These included a British uniform button, a German trench whistle, and a German military belt support which would have been worn on the back of the uniform.

In August 2017, the team returned to the field for another archaeological dig and added, amongst other items, a German military cap badge to the collection of artefacts found.

The 2016 and 2017 digs attracted a lot of local interest and included coverage from local radio (Stray FM) and television (ITV Calendar news). The site was opened up to the public, giving people a chance to take part in the dig, and was attended by 400 people.

The team will carry out further archaeological investigations in August 2018 and plan to use a JCB to dig an excavation trench the full length of the field to uncover the foundations of the barrack buildings. They will also be carrying out a number of digs in residents’ gardens and we are looking for landowners who live on the site of the former camp to grant access to their gardens for small-scale excavation work. For more information, please get in touch via the contact us page. 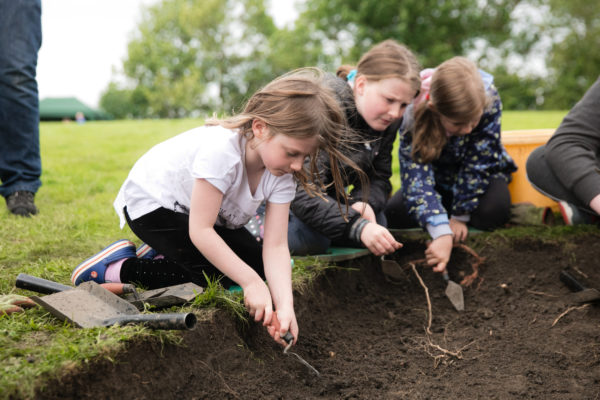 Members of the public get ‘hands on’ at the 2017 dig open day.© Rob Freeman